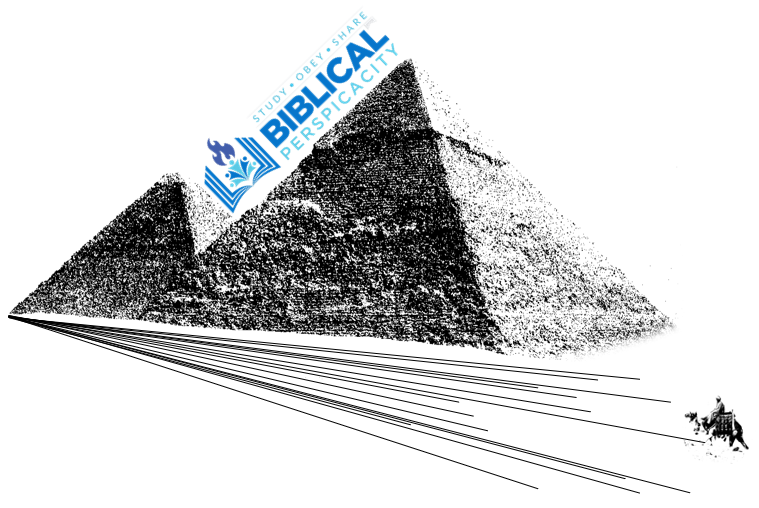 The Bible says in Exodus 12:40 that “the time that the people of Israel lived in Egypt was 430 years.”

Seems clear then, right? Maybe not as clear as you would think. Scholars debate between 430 and 215 years because there is no other source given throughout any portion of Scripture which supports the 430 years. So then, what’s going on? Is there a problem with God’s Word? A contradiction?

First and foremost, there is nothing wrong with God’s Word. It is perfect. That is the standpoint we must always begin our study with. If at first, we do not understand something, then the issue does not lie with God or His Word, but with us. We must work to gain the correct understanding. [Yes, studying the Bible takes work. A lot of it.]

When the Hebrew Bible was translated into the Greek language as a part of Alexander the Great’s conquest to enculturate the entire world, which began in the third century B.C., the scribes translated this verse with the added phrase, “…and in the land of Canaan.” This means that the verse actually reads that “the time that the people of Israel lived in Egypt and the land of Canaan was 430 years.”

Was this an added phrase? No. This was part of the original document which Moses himself penned. The problem is that, to my knowledge, we do not have any earlier manuscripts than somewhere between the second and third century B.C. Thus, somewhere in the copying process [remember that there was no printing press at this time] this phrase was dropped out for some reason from the Hebrew manuscripts. However, by God’s sovereign hand over the transmission of His Word, He preserved this wonderful phrase in the Greek Septuagint. The Greek Septuagint is also the manuscript that many of the Old Testament quotations in the New are taken from. I believe that says something to its credibility.

God informed Abraham of future events, specifically dealing with his offspring. The promise was that they would be sojourners in a land that was not theirs and would be afflicted [enslaved and mistreated] 400 years. Some say that God was simply rounding down. However, the problem is that there is no place in God’s Word when He is ever seen rounding a number.

The reason God said 400 here opposed to 430 is because neither number dealt with their allotted time in Egypt. 430 years was the amount of time from the promise to the Law (Gal. 3:16-18) which I will touch on in a minute. The 400 years was when the clock began to tick at the moment Abraham’s offspring, Isaac, first began to suffer mistreatment from “another people” (Gen. 21:8-10). Galatians 4:29 says “at that time he who was born according to the flesh persecuted him who was born according to the Spirit….”

The reason the promise in Genesis 15:13 does not distinguish a difference in the land that is not their own between Canaan and Egypt was because during this time Egypt was the dominant world power and Canaan was under their rule. Thus, both Canaan and Egypt were controlled by Egypt. Also, the land of Canaan would not belong to Israel until the book of Joshua, at which point, Egyptian rule had left Canaan to rebuild Egypt because of what God did to them throughout the plagues.

Scholars have often wondered why the 430 year timeline will not fit into Exodus chapter six. The reason is because God never intended it to. The genealogical timeline makes perfect sense when allowing the text to speak for itself. The four generations were Levi, Kohath, Amram, and finally Moses.

The Law and the Promise

In Galatians 3:16-18 the Apostle Paul tells us that the Law came 430 years after the promise in Genesis 15. How could this be if Israel did not enter into Egypt for another 215 years and then spent another 430 years there? Some say that the promise was transferred and restated to Jacob upon entering the land. This, however, will make no sense as we get into Acts 13.

Acts 13:16-20. For the sake of length, I will not quote this passage. The Apostle Paul, writer of half of the New Testament, said that God made Israel great during their stay in Egypt and then He put up with them for 40 years in the desert because of their disobedience. The people then entered the land and took over seven nations. Paul says this all took about 450 years.

If Israel was only in Egypt for 215 years, then this makes sense because 400 years (from the time Isaac was mistreated to the giving of the Law) plus 40 years (disobedience in the wilderness) plus 10 years (to take control of the land) equals 450 years. However, if you believe Israel was in Egypt specifically 430 years then you have a problem because you still need to add up a 40 year wilderness wandering and 10 year conquest which would then equal 480 years.

To conclude, if you hold to the idea that Israel was in Egypt 430 years then you need to try and explain away key portions of Scripture. However, if you believe that they were only in Egypt specifically 215 years then you can fully believe every word of the Bible literally without having to stretch Scripture to compensate for supposed gaps.